Very important TV update. I, a man – as evidenced by the baggie of beef jerky I keep in my office desk drawer – recently watched the final of The Bachelor Australia, mate.

There are traditionally two ways to discuss The Bachelor: there’s the high-brow way, the “what does this show say about the modern state of feminism? Of romance in the disposable age of Tinder? What does it say about us, the baying public, watching the crash and burn of relationships with real stakes for our leering weeknight entertainment? ‘Zeitgeist’” etc.

And then there’s the other way, the “She a ho” way.

And then there’s my third way: the “I don’t know… what… is this… thing? But… why?” etc. This is a typical guy reaction to The Bachelor. Or, in today’s pre-approved, gender neutral internet, a typical “cis” “male” reaction I think, perhaps, if that’s OK with you, please? To illustrate, let me point out my meticulous research notes based around Google searches and childhood memories, before returning to The Bachelor Australia, mate.

Boys and girls, are “different.” 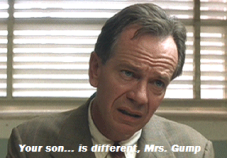 It’s true. Reformed hippie and iconic humourist, Dave Barry, came to this conclusion with his own children. Back in the 60’s & 70’s, there was a movement among young university students such as Mr. Barry, with no real world child rearing experience, purporting the theory that gender norms were created by societal pressures only, and if we treated boys and girls identically from infant-hood by such methods as gender-neutral toys like wood blocks, these norms would dissolve like so much patriarchal salt in a saucepan of equal opportunity water. Oh, yes.

This theory was – like a “Biggest Loser” sex tape – very wrong. The science has found that infants are well on their way to becoming stereotypes – “nurturing” girls and “violent” boys – whilst still in the womb due to “hormonal secretions”, i.e. before they’ve even had a chance to be exposed to TV advertising.

Mr. Barry found that his young son – like nearly every young son – could make believe that any inanimate object, gender neutral or otherwise, would be a good stand in for a gun. Including barbies. Later when he had a daughter, he found that she, like nearly every young daughter, could make believe that any inanimate object could be a good stand-in for a baby. She had a big toy truck too, but she used it as a ‘pram.’

The list of things my friends and I have used as guns include rulers, pens and pencils, pieces of paper folded just so, bits of wood, and full juice boxes pointed towards a school chum, and squeeeeeezed. To this day, every time I refill my stapler I pretend I’m slapping a new ammo clip into an M4.

Anything too round would become a ‘grenade”. “Grenades” included pine cones, balls, and our collective lunch box fruit. During recesses, we played a high-stakes game of tag called “Brandings” which substituted hand tagging with a thrown tennis ball, ideally up close, as hard as possible after chasing your quarry up against a wall.

The girls meanwhile, would be arm-in-arm, skipping around the playground like the fucking Von Trapps.

So in summary, boys and girls will be different because ‘hormonal secretions’. Click here for science!

And now back to the polar opposites of our respective gender’s TV viewing habits:

The girls with their emotion-driven dramas, and the action-oriented boys with their sports. You might say I’m stereotyping, but as I always do when stereotyping,  I don’t care what you think about anything ever.

For example, why, pray, do almost all men angrily shriek at pro athletes for having the audacity to snap their Achilles and writhe around on the court instead of hitting the go-ahead 3, whilst girls are so much more likely to have a very strong opinion of what appears to be a botoxed house wife going shopping?

So the girlfriend and I joined over 1 million Australians to watch the Bachelor Australia, mate finale on a Wednesday night. The girlfriend watched the ‘proper way’, seated on the couch in front of the TV supplying color commentary to onscreen events.

I meanwhile, sat nearby, facing the opposite direction, playing GTA V on my PC with head phones on. Like a man. In between bouts of gunfire I kept hearing the Bachelor himself, saying “emotional roller coaster” a lot, which was all the information I needed to follow along.

So I didn’t really watch it the way it was intended, but I did hit pause to watch the runner-up get turned down and tearfully bundled off into the “Reject Car,” thoughtfully supplied by a sponsor.

It was pretty rough to watch. The depth of feeling written all over poor Nikki’s face was deeply relatable to anyone who’s felt that deep, crushing, pressure pain of rejection through the chest, which I presume is all people.

And that’s what I figure shows like The Bachelor are: spectator ‘sports’ for girls based not on action, but on a deep emotional investment far beyond the grasp of the male automaton.

I didn’t watch the happy ending for the winner, single mother, Alex. It would have been entirely too much of an emotional roller coaster for me. I went to bed in a mellow frame of mind, dreaming about committing a heist.

But the next day. Oh, shit. Australian women were mad. I didn’t know why they hated Alex, but the depth of their fury were evident based on office chatter, all 30 people on Twitter, and the girl version of Imgur, called “Buzzfeed” which were just bunched panties. Bunched panties everywhere. Ladies, if you are unaware of the boy-version of Buzzfeed, it looks like this 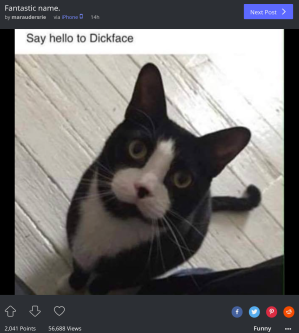 To get a sense of what had happened, what it meant to Australia, as a community, I put it out to my Facebook to ask if this was the girl version of Lebron James picking Miami over his hometown Cleveland. A sporty girl I’m friends with allowed that that it is was so.

And so now I understand. Alex, you a hoe!

Coming up next week: “Lose half a pound and freshen up your look with a cool new doo. Shave your head!”