“I wish to be a proactive and engaged member of a dynamic team” is what someone I was interviewing once said to me. And she wasn’t even kidding. If she was being witheringly sarcastic I would have hired her on the spot thinking, “She’s like me! Another acolyte for my brood of cynical assholes mwhahahaha!” But alas she was serious. “She’s a martian” I thought. “Oh, noooooo 😦 ”

Clearly, she’d been reading Harvard Business Review and assumes that’s how humans talk when wearing pantsuits. But that’s never how humans talk. In offices or out. “Who ate my yogurt??!!” is what humans actually say in offices. And “Oh, for fuck’s sake, Darren!” And also “You’ve been reported for sexual harassment again, Susan.”

I blame academic writing and LinkedIn, the latter of which is encouraging buzzwordiness at a scale not seen before. The ‘example text’ given for writing someone a recommendation on LinkedIn was “Bob is a detail-orientated professional who watched the balance sheet like a hawk…”

“Detail oriented. Thank you for asking”

“Did you watch the game last night, Bob?”

I love that I’m not on the interviewee side of the table anymore. The averted gaze, the nervous shifting, the wild, uncontrollable urination… all in the past now. Honestly, the best part of getting hired is knowing it’s the longest possible point in time before you get interviewed again.

But now that I’m in the “judging chair” 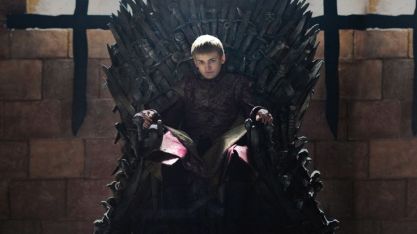 I’m more attuned to the system’s flaws. Interviews can be a terrible way to evaluate a person’s potential on job performance. Google’s former hiring guy, Laszlo Bock maintains that “99.4 per cent of the time is spent trying to confirm whatever impression the interviewer formed in the first ten seconds.”

“The candidate is  excellent and will be a great hire for the company  account services team.”

Or conversely, a scary Snapchat lens.

“The candidate had  not enough experience.”

Bock also did away with Google’s famous brain teaser interview questions after they found no correlation between correct answers and actual job performance.

I believe there are only two industries that are excellent at hiring: The Defence Force and professional sports.

When hiring junior staffers for an office however, I’m not allowed to put them through a month-long bootcamp or NFL-style draft combine. Interviews can end up being extremely subjective given very few candidates actually do something obviously objectionable.

“The candidate bit the receptionist on the way in. Not a team player.”

“The candidate opened, and finished, a can of beer during the interview from her purse. Unlikely to focus on the task at hand.”

“The candidate threw her water glass on the floor because it wasn’t San Pellegrino. May not be a personality fit with the wider team.”

“The candidate’s macarena was unenthusiastic and off-beat. Not detail oriented.”

“‘This one hot chick on contiki’ is what the candidate listed as his proudest achievement. The candidate then tried to high five me.”

But when none of the above eventuates and all the candidates say and do all the right things through two rounds you have to guess your way to the correct, bright young thing. Thinking this through logically, an “Intern Hunger Games” is the only potential way forward to identify the truly worthy.

There will be bees in the copy room.